We are Official Ticket Agent of the FC Barcelona

We are proud to be an official Ticket Agent of FC Barcelona for 25 years, under the License No. 2019/20 FCB00FM. This means a constantly renewed trust between the club and us. For you - buyers - this is the only guarantee of official tickets and impeccable customer service!

After more than 25 years of selling FC Barcelona tickets, we can sell up to 4000 tickets per match, which is an organizational challenge and proves our expertise. 1st Official Agency by the number of sales, our tickets and their delivery are guaranteed. Stress in on our side, not yours ! 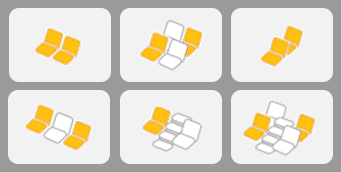 We will always try to ensure that the tickets are in pairs. Places together can be side by side, diagonally, one above the other or with another football fan between them. We will always give priority to the most logical option, that of side-by-side seats.

Our customer-oriented policy is to sell a service called Ticket Package that may include: the football tickets, a souvenir, a city guide book or map and home delivery service.
In many occasions, in order to guarantee the Ticket Package availability for our customers, we must buy the Ticket Package at a higher price than their face value. Hence, our tickets can be more expensive than the tickets real price (face value).

An evening of fire at the Camp Nou stadium

FC Barcelona qualified for the Round of 16 of the Champions League with 4 wins and two draws. It's better than any other team in his group but still leaves a bitter taste to the Camp Nou supporters. For example, the draw in Dortmund 0-0, where Barça was only saved by goalkeeper Ter Stegen, who stopped a Marco Reus penalty. Since then Messi has obtained his 6th Golden Ball. The team has been leading the Liga, the Spanish league since the beginning of the year, with the Real Madrid, which is also in the Round of 16 of the UEFA C1 Championship.

At this level of competition no more mistakes will be allowed. It should be remembered that this phase is a direct elimination phase, with the best score of the two rounds of matches.

It will therefore be necessary to rely on the best performances of all the players in the club. Ansu Fati, for example, who became the youngest scorer in the history of the Champions League by giving Barcelona victory at Inter Milan (1-2) on 10/12/2019, is expected to score a lot. For the record Ansu Fati scored at 17 years and 40 days. We also expect a lot from Antoine Griezmann, the striker - World Champion - capable of genius strikes. Finally Carles Pérez trained at the Masia is also one of the young people (21 years old) capable of scoring in this competition. FC Barcelona coach Ernesto Valverde has all the options, but he will have to do the right thing to form a winning team against Napoli at Barcelona's Stadium, the Camp Nou.

Napoli is no longer the flamboyant team we knew. She made it through to the Round of 16 without brio: a second place with two wins but three draws. At the Italian Championship, Naples is only in 8th position, 18 points behind Inter, the leader. A slow-moving team that replaced Carlo Ancelotti with a new coach - Gennaro Gattuso - on December 11, 2019 to try to get back on track. Gattuso can count on quality players like the two strikers Dries Mertens and Arkadiusz Milik who are dangerous, especially in the Champions League.

The sequel if there is to be one:


Note :
On matchdays, the visit of the Camp Nou and the museum of FC Barcelona are partially closed. Prefer the day before or the next day for the Camp Nou visit.

More infos about the Camp Nou

Why Buy Tickets from us

Tickets are only delivered in Barcelona or Spain, 2 or 3 days before the match at your hotel or local address.

We open an office by the stadium before each match, for ticket delivery, opening 4 hours before the match.

Match starts usually at 8pm, 9pm or 10pm.
We try our best to provide together seats, depending on how many tickets we still have at time of your order!

The Barcelona City Pass is a great option for those who wish to enjoy all of city''s highlights, without the inconvenience of booking several tickets and having to collect the card. Included: Includes skip-the-line tickets for the Sagrada Familia and Park Guëll + Hop-On Hop-Off Bus (24h or 48h) + Aerobus & much more..