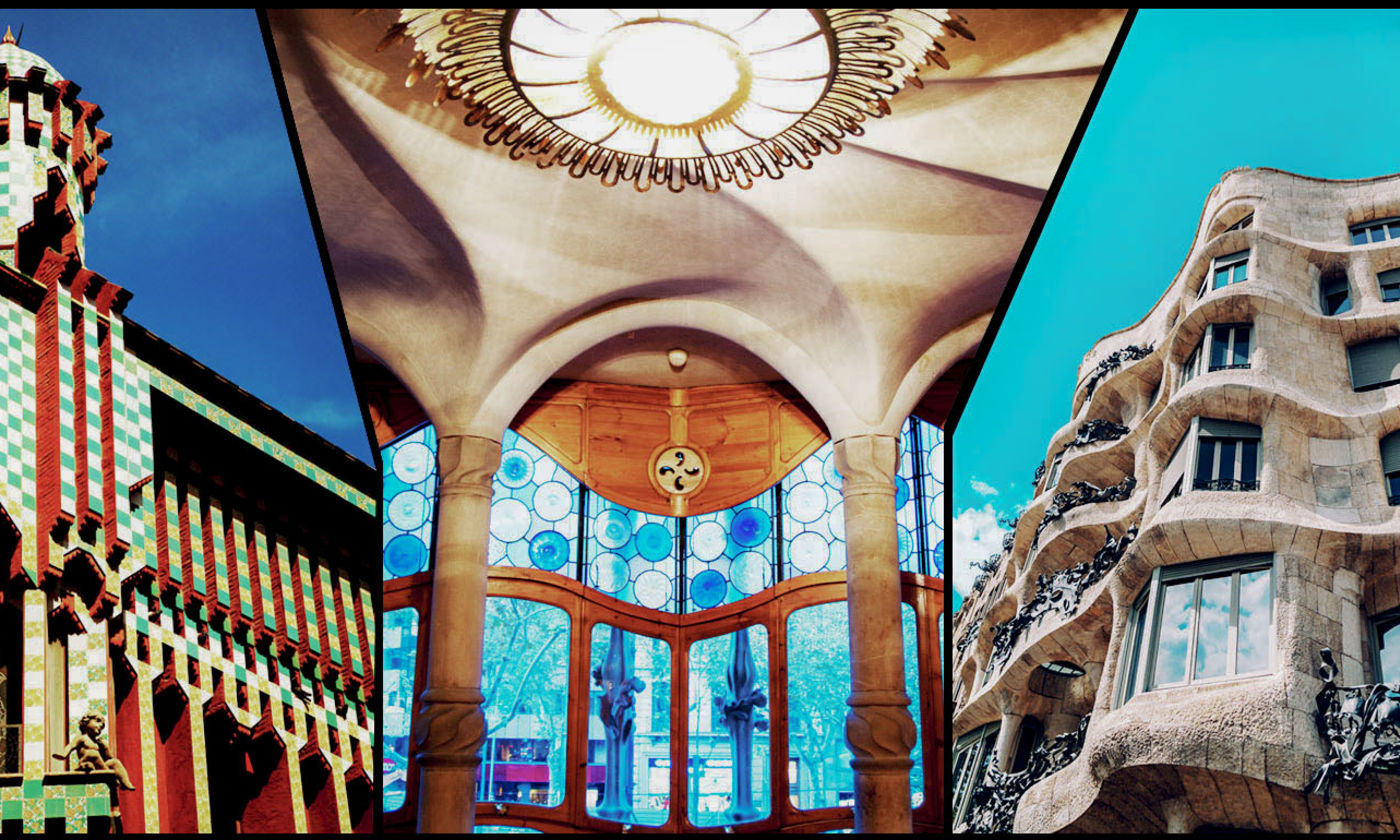 Save time and money with this incredible combi ticket that gives you preferential access to three of Barcelona’s top attractions: Casa Batlló, Casa Milà and Palau Güell.

Skip the lines to these architectural masterpieces by Antoni Gaudí with our fast pass and enjoy the modernist buildings without wasting your time waiting in the long queues at the entrance.

We invite you on a pleasant stroll along Barcelona’s prestigious Passeig de Gràcia, which conveniently combines the visit to three outstanding examples of modernist architecture. This package is the perfect solution for everybody who would like to discover the former residences and must-sees on an unforgettable stay in the city.

Make the most of your visit with the included video and audio guides that will bring Gaudí’s architecture alive for you.

What to expect while visiting Casa Battló

Designed by Gaudí as the residence of the wealthy Battló family at the beginning of the 20th century, Casa Battló is also known as ‘Casa dels Ossos’ (House of Bones), because of the skeletal character of its facade. Opened to the public as a museum in 2002 and named UNESCO World Heritage Site in 2005, it is today one of Barcelona’s touristic highlights, attracting thousands of visitors every year. Typical for the modernist style of architecture, the building’s curved lines and asymmetric forms join decorative elements to an aesthetic but still functional whole and impress the visitor with its wealth of forms, colour and light.

A tour of the house includes the more than 700 m 2 large main floor and the building’s spectacular rooftop terrace, a favourite with visitors because of its famous arched roof that resembles the spine of a dragon.

Discover Casa Batlló and enhance your visit with the included smart guide, an intuitive tool that offers you a look behind Gaudí’s symbolism and a window to life in the Batlló residence a hundred years ago.

What to expect while visiting Casa Milà

Just a short walk from Casa Battló awaits you ‘La Pedrera’ (the Quarry), as House Milà is often referred to owing to its eye-catching, irregular facade. With its white, curved façade and unconventional interior is Gaudí’s masterpiece one of the most outstanding examples of Catalan modernist architecture, interior is just as astonishing and impresses the visitor with a unique combination of structures, forms and colours Many decorative elements, however, also fulfil a practical function, an idea essential to modernist architecture. Casa Milà’s breathtaking rooftop-terrace is the best example for this functional approach, as ventilation towers and chimneys were given the artistic form of warriors. Built between 1906 and 1912, Gaudí’s design of the house, though controversial at the time of construction, is nowadays considered one of the most extraordinary examples of Catalan modernist architecture and was declared part of the UNESCO World Heritage in 1984.

The audio-guided tour through Casa Milà includes the Gaudí interpretation centre with models, photographs and videos, an audiovisual presentation in the Pedrera Apartments, recreating life in the family residence at the beginning of the 20th century, and of course the building’s spectacular rooftop-terrace.

How does it work?

Last comment
@Petra
Barcelona.com (10 May 2022 - 08:58)
Hello Petra,
Of course, you will be able to choose different time slots and visit these 3 houses when you went during your stay.
Best,
Add a new comment View comments