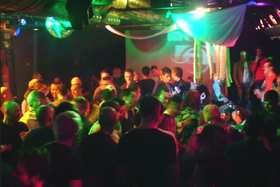 100% gay open every day... Metro Disco is one of the pioneers' clubs in Barcelona,. It has two rooms in the same space, five bars, dark room, videolounge. Dance music, house with resident dj's Bratt, Cani in the mean room and daily spectacles, music a little more "petarda" in the second room. Last comment
Great time
PDK (4 Mar 2016 - 08:50)
Was there just before Christmas, The Friday was just ok, but I lost my phone and passport in the back room, went back on Saturday to see if they were found and they had them in the safe, they invited me in w/o cover and after an hour it was packed, great music, met a bunch of people from other countries who spoke English (I'm Canadian with only a little French and German besides English). Backroom was packed that night, had fun with a few guys.... Will definitely be going back next time I'm in Barcelona
Add a new comment View comments