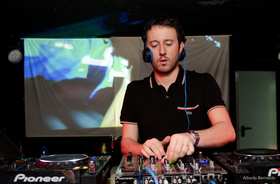 In these 5 years, this club has managed to combine a program of the most varied international and local artists. With quality as a basic premise from the beginning until today.

The resident DJ, DJohnston, accompanied by a varied program of guest artists bring together the most underground audience of the city.

Thursday night means Noise Club at BeCool. Electro-rock and young people meet week after week consolidating it as the best alternative for thursdays in Barcelona.

Rádar is a mini festival that takes place in june during Sonar week at BeCool, line-ups are huge every year during that dates.

For more infomation have a look at the website!